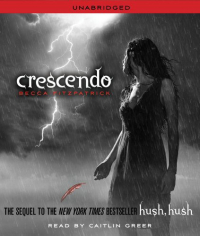 Abstract: Ever since her father died, Nora has tried to uncover her mysterious past. But when she is the target of an assassination attempt, Nora looks for help in the form of Patch, her guardian angel. However, Patch has been pulling away from Nora, and is seemingly more interested in her archenemy, Marcie Millar. Since Patch isn't helping, Nora decides to investigate her father's death herself and finds that her past may Per saperne di più…

Abstract: Patch and Nora enter a desperate fight to stop a villain who holds the power to shatter everything they've worked for -- and their love -- forever. 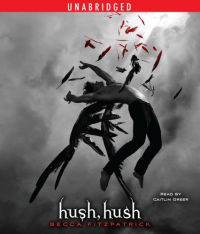 Abstract: High school sophomore Nora has always been very cautious in her relationships, but when Patch, who has a dark side she can sense, enrolls at her school, she is mysteriously and strongly drawn to him, despite warnings from her best friend, the school counselor, and her own instincts.